Félix Auger-Aliassime was born to Sam Aliassime, a tennis coach originally from Togo, and Marie Auger, a teacher, in Montreal, Quebec.  His idol, not surprisingly, is Roger Federer.  He is also a big fan of Jo-Wilfried Tsonga and Gael Monfils.

Félix Auger-Aliassime was born on the same day as Roger Federer – only 19 years later.  Comparisons with Federer don’t stop there for Felix (called FAA or FA2 by his fans).  He is an all-court player who has powerful groundstrokes that allow him to take control of points.

He had considerable success in the juniors – winning the 2016 US Open singles and doubles. He is also the youngest player ever to win a challenger match.  Felix has high expectations to meet and is making a splash on the ATP tour.

His current sponsors include Adidas, Babolat, and Tag Heuer. 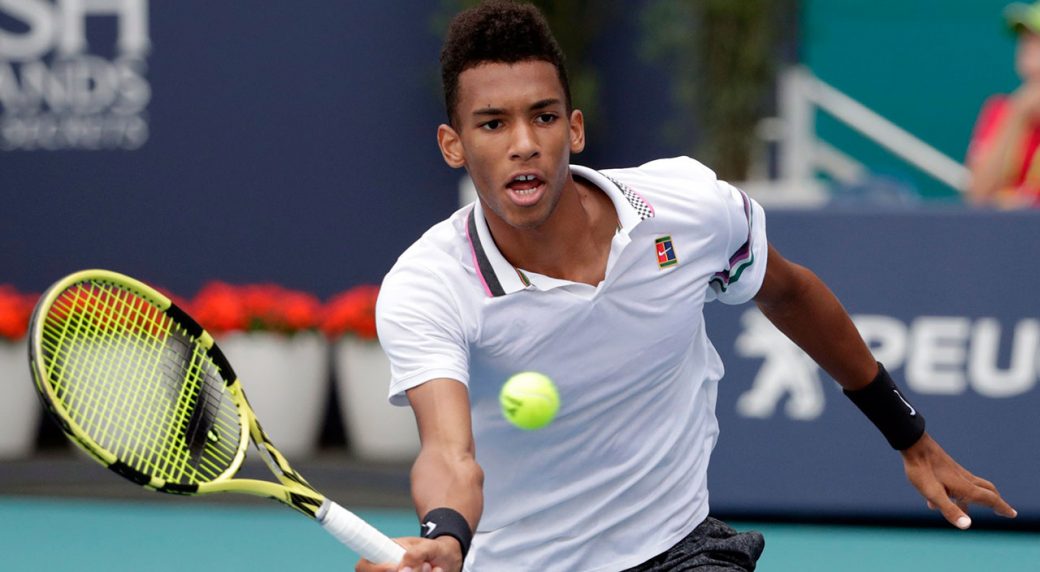 In 2020, Auger-Aliassime signed a long-term sponsorship deal with Adidas. Prior to that, he was with Nike. In 2017, Nike signed up Félix Auger-Aliassime when he was only 16 years Before the Nike deal, Felix was wearing Babolat apparel.

Félix Auger-Aliassime has been playing with Babolat racquets since his junior days.  He is currently using the Babolat Pure Aero VS model that gives him the power for his big groundstrokes.